My Ring vs. Nest Doorbell Review… P.S. One Absolutely Destroyed the Other 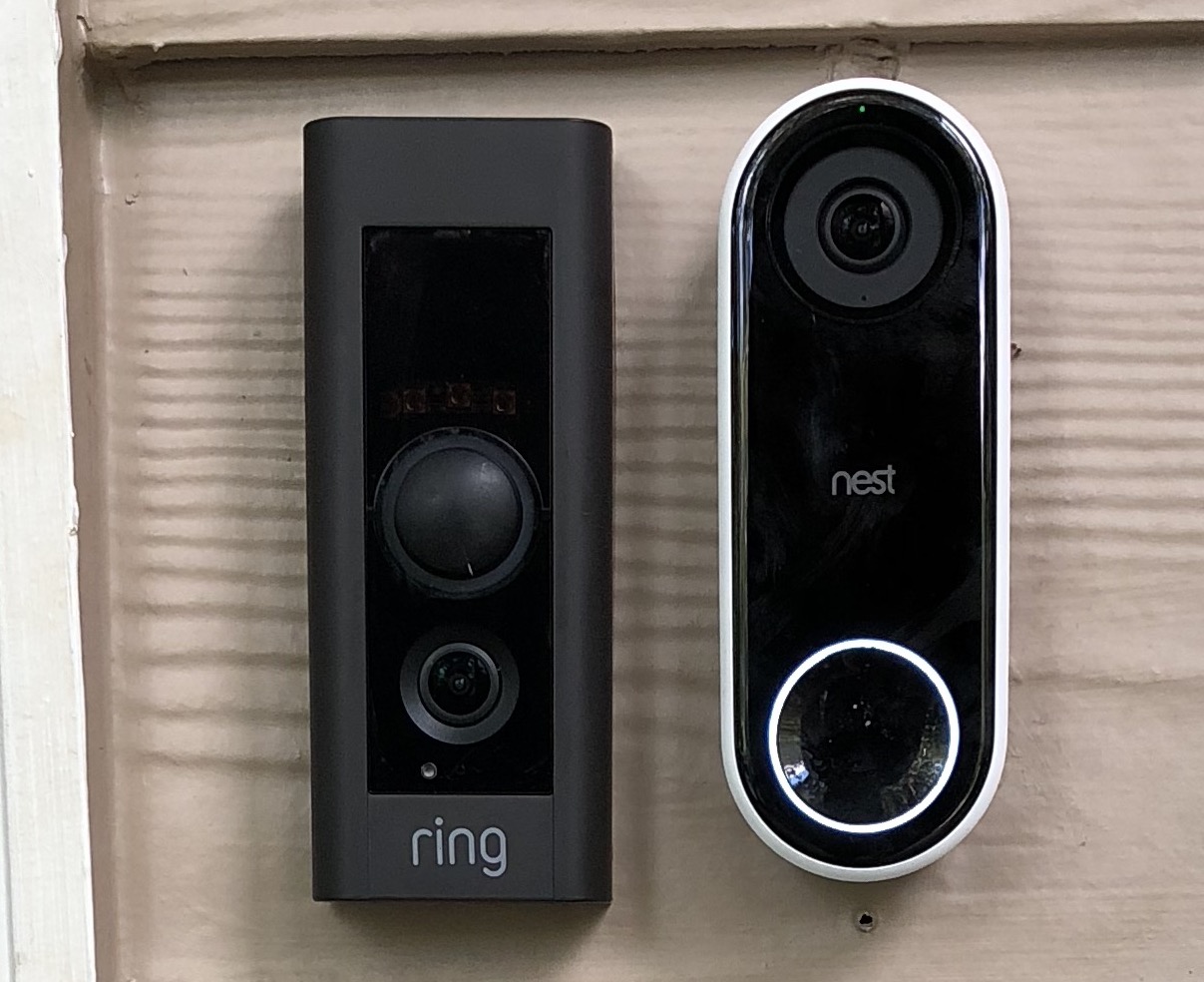 Disclosure: I’m Earning $0 on this Review

I have not been paid, I’ve not used affiliate links nor do I have any monetary or otherwise connection with either company. I just felt like writing up an honest review since I had the opportunity to use both products and I appreciate all the unbiased reviews I’ve read from other people in the past so here goes…

First Up: The Ring Doorbell

I purchased the Ring Video Doorbell Pro on July 5th, 2017 for $237 and immediately installed it a couple days later. The installation on the doorbell side was easy enough. I only had to drill on extra hole for mounting and the existing wiring to the old school doorbell sufficed for powering Ring. 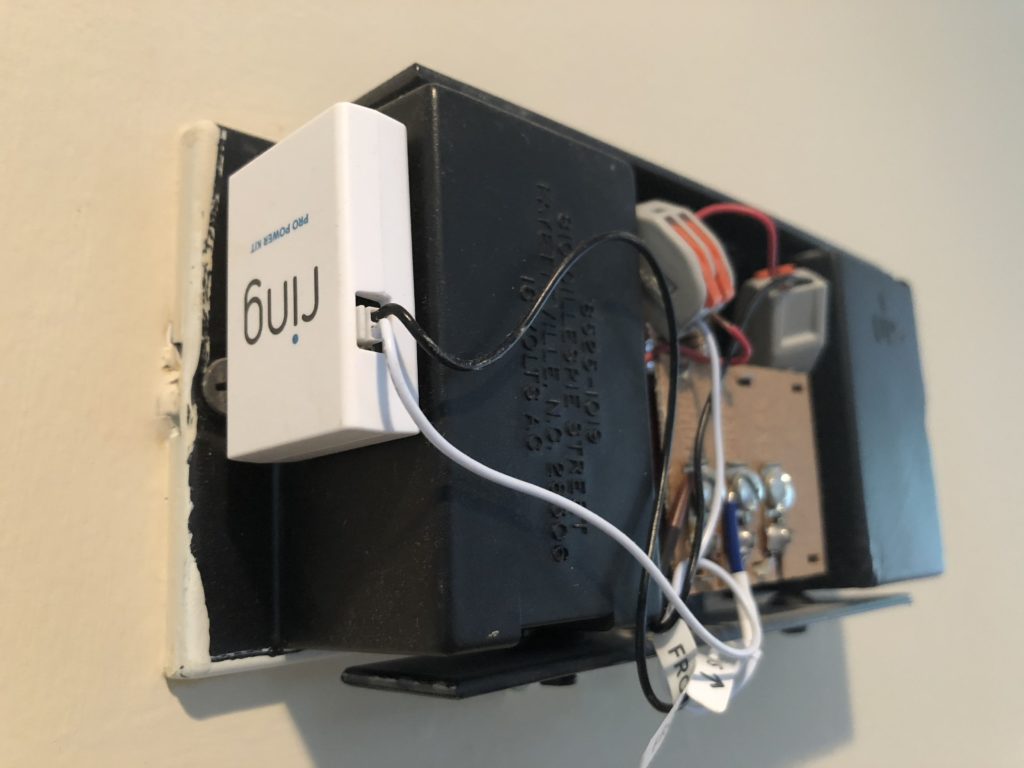 The installation on the door chime inside was a bit more tedious but nothing too bad.

However upon first use of the doorbell it was clear something wasn’t quite right on the chime side. There was a weak ding, followed by buzzing for a couple seconds, and a final somewhat louder chime. Nothing like the old sing song type ding dong we’re accustomed to. I decided I’d just live with it for now.

It was cool getting notifications when someone was at the door but it only took a few hours to realize that was going to be way too noisy and I shut it off. We’re surrounded by kids on both sides and along with our own kids the motion was triggered many times an hour. So I reverted to ring only notifications which were still quite frequent thanks to kids looking for other kids but c’est la vie.

But, and this is a huge one, I immediately noticed a problem with the Ring doorbell. I would always get a phone or Mac app notification when someone rang the doorbell but I couldn’t answer the ring. I couldn’t see the person, or enable the mic to talk to them because the app would just spin when trying to connect to the doorbell. It would spin and spin and eventually time out.

This was happening nearly EVERY TIME someone rang the doorbell. The internet connection to my house tests at 1Gbps up and down thanks to fiber to the house. The WiFi is full strength and you can stream movies well into the street beyond my front yard but the app would fail to connect to the doorbell even though the WiFi router was only a dozen feet away. Here is a photo from the front door to the closet (on right) containing the router with dog for scale…. a very short distance. 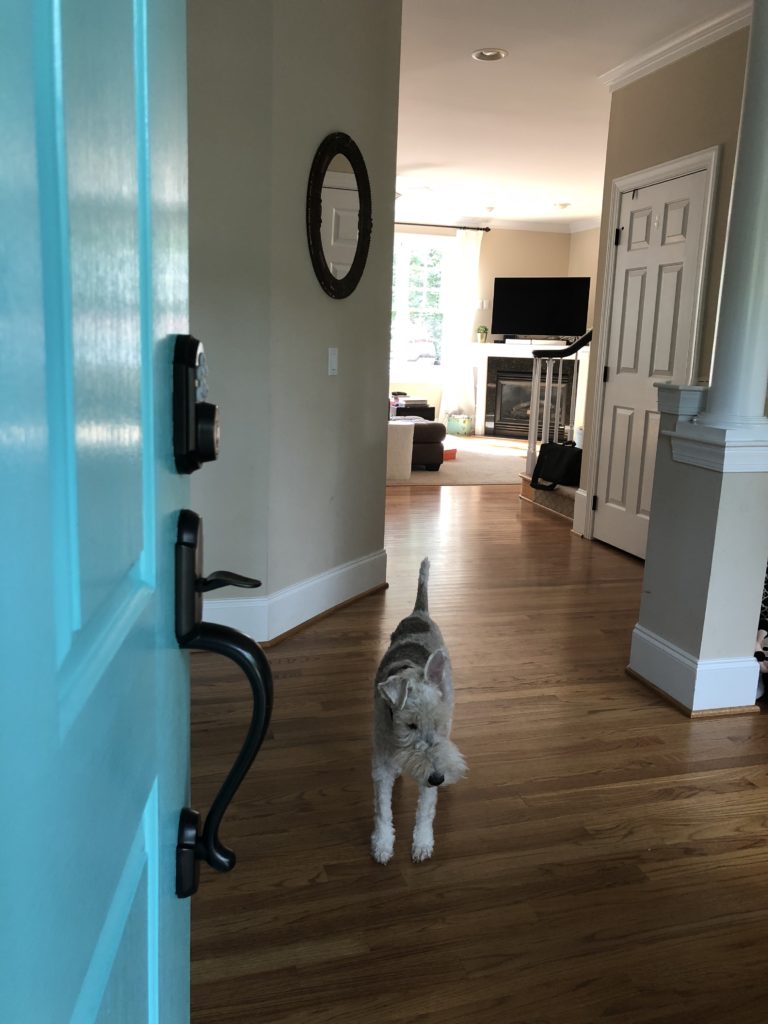 On rare occasion I could answer a doorbell ring or fire up Live View instantly with no spin but more often it was useless due to the spinning waiting for connection.

I exchanged a few dozen frustrating emails with Ring support over the span of four months. I explained that my Nest Dropcam was connecting to WiFi instantly and perfectly every time even though it was upstairs a full floor away at twice the distance and with several walls between. Eventually they were kind enough to offer me with a free signal booster device called Chime Pro which I dutifully plugged in between the Ring doorbell and the router. I set it up and confirmed it was working as expected by Ring support. 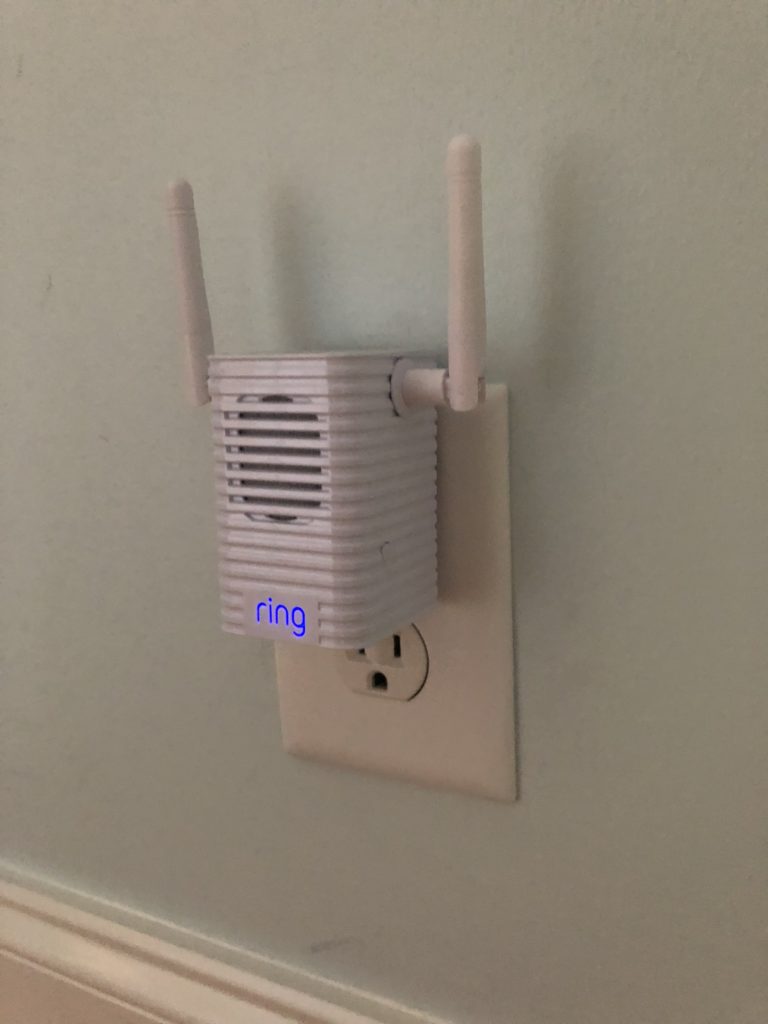 No help. Still the spinning nearly every time.

My final email to Ring Support:

The quality of the video clips was very nice and the doorbell was attractive but the inability to answer most rings made it a waste of money.

Next Up: The Nest Doorbell 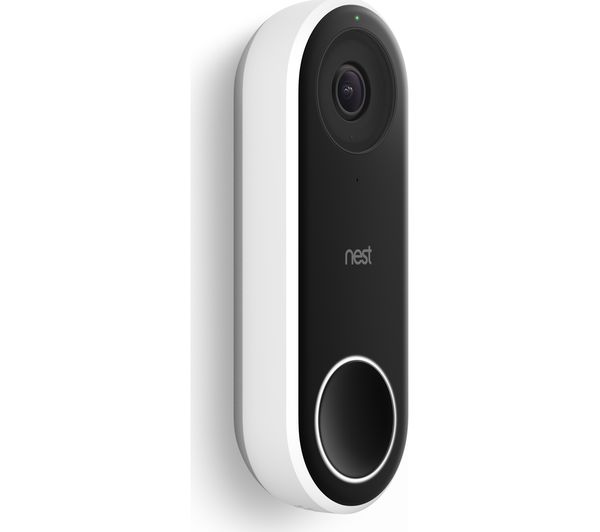 I paid $229 for the Nest Hello Doorbell. The installation was equally easy. I will say it’s annoying that the QR code scan feature never works in the Nest setup portion of the app but it’s not that hard to type in the code. I only had to remove the Ring doorbell drill yet another hole, and connect the same existing wires to get up and running.

It was immediately obvious that the Nest doorbell was connecting every time I tried to use it’s live view. I was off to a good start.

Now it’s been several weeks and I haven’t had one single delay, or spinning while waiting for a connection with the doorbell when people ring my doorbell. Seriously not once. It goes to show that my WiFi was plenty strong and something is just broken either with Ring equipment or with Ring’s connectivity to their network.

Remember when I said I had to quickly turn off motion notifications on the Ring? Well I’m still getting quite a few notifications from Nest but the people detection is so much better than motion detection. Nest zooms in on the face of the person detected and even lets you know who it thinks is at your door. It does this really fast and even shows up nicely on the Apple Watch.

Here is an example of what a notification looks like on the phone with the name properly associated and the face cropped automatically: 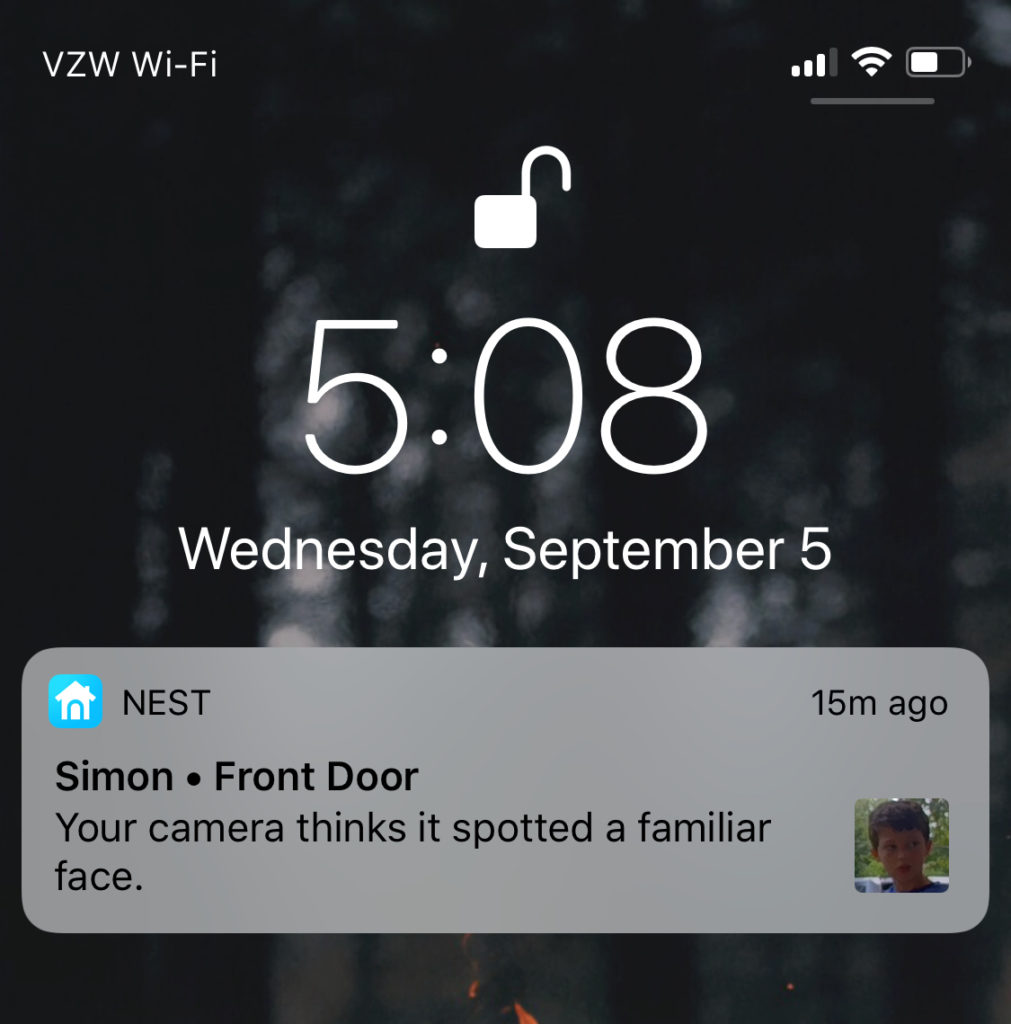 Lastly the interface for reviewing video clips is so much easier to scan on Nest. For comparison here is Ring’s interface:

Notice with Ring it provides just a list of meta data (motion/ring, and day and time).

And compare that to the lovely timeline for reviewing on Nest where you see thumbnails of the video that matters (people detected and doorbell rings):

The product always works. I can always connect to the doorbell when someone is ringing and I’ve had very little delay. The people and face detection is such a game changer that I leave those notifications turned on and I’ve noticed it never bothers to notify me if a cat walks by or even if a car is backing out of the driveway.